What hasn't changed with MySQL 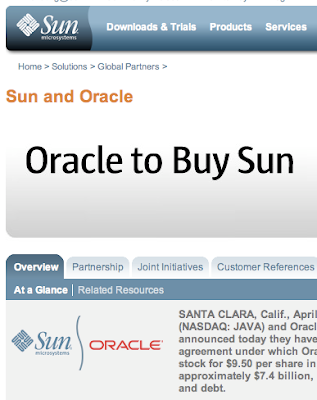 Jetlagged from transatlantic travel, I woke up in the middle of the Californian night thinking about what has changed since I arrived at the MySQL Conference in Santa Clara on Sunday evening. I was pondering all the questions MySQL users and Sun colleagues were asking at the event, and what the user base was thinking out loud on Twitter yesterday.

What has changed is obviously that Sun Microsystems and Oracle announced they have entered into a definitive agreement under which Oracle will acquire Sun.

What further changes we will see as a result of that is a different story. Evidently, I don't sit in with a crystal ball predicting what will happen next. Nor do I have insight into Oracle's plans for MySQL, once the deal is closed. Nor am I even in a position to comment upon the acquisition, so I won't do it.

However, what I do know and what I can say is what has not changed with MySQL:


While I cannot and will not personally speculate about what happens next, nor about Oracle's intentions with MySQL, I think our users are looking to what the names most inimately associated with MySQL are saying -- even if they no longer work for Sun Microsystems:

My humble suggestions: Keep using MySQL! Follow the announcements from the MySQL Conference this week! Keep helping each other within the MySQL community!