Ten things I am happy about 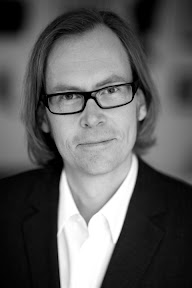 "I am happy all week long" is the ending of a Swedish drinking song, which requires the singers to count the weekdays on their fingers. I may have my moments of darkness, but generally speaking, the lyrics of this drinking song are applicable on me.

And I want this happiness to be contagious!

I'm sitting in an Air France flight that I, despite a snow storm and contrary to all expectations, boarded just in time. I'm on my way to the Rocky Mountains to snowboard with my good friend PG, and I'm browsing through a set of notes I made during my previous long-haul flight, where I listed what I thought I had achieved in 2008. Inspired by the white wine tasting offered by Air France, I let my thoughts on that list combine with the chain letter I recently fell victim of, where one is supposed to broadcast seven unexpected or random facts about oneself.

And then I get an idea. Although I despise chain letters, I want to start a new one: "Ten things I am happy about". I am fully aware that the world is full of uncontestable reasons for dissatisfaction (and I don't feel any urge to provide any possible readers of mine with a URL to prove my point). But the world is also full of reasons for happiness and joy! And these reasons deserve to be underlined, thought about, enjoyed, shared. Everyone has his or her own reasons to feel happy. So do I.

My conclusion: If I can start an ever so small epidemic of happiness, it's worth a try.

The rules are simple:


I've now done this, and made sure none of my nominated ten people have already been nominated in the meme of "seven insignificant details". If they want to convert the blog-of-seven to my blog-of-ten, fine by me, but I take no responsibility for the consequences for breaking the chain of seven, as Barton George described ("one Austrian broke the chain, lost the cap for his toothpaste, never found it, and his tube dried out").

1. Family. For me, family equals happiness. This refers to my wife, my son, my daughter and also my mother. All of them make me happy in their own way. In this category, I nominate my son Alexander, who is verbal and has made me happy also through starting to blog. However, he would probably make nearly every other category, except possibly for "Order".

2. Friends. Next to family, friends are most important. New Year's Eve, and the Scandinavian parties of Valborg and Midsummer, the yearly trip with the boys to an undiscovered country, other common interests. Here, I nominate Ralf Wahlsten, who shares Alexander's trait of being a possible candidate in nearly every category (in Ralf's case, the exception is "Photography").

3. Furuvik. Furuvik is my Art Nouveau country house in Finland, my link to my country and ancestors, to Swedish Finland. Aesthetics, order, sports, running "MÃƒÂ¶viken runt". In this category, I nominate Giuseppe Maxia, a colleague at MySQL (now Sun), a friend who inspires me in many ways (languages, the written word, the net) and who has broken two ribs playing table tennis with Alexander in Furuvik.

4. Swedish Finland. Few foreigners even know of the existence of the roughly 300.000 Finland Swedes, but this ethnic group forms the basis of my identity and permeates most of the other sources of happiness. In this category, I nominate my classmate Maini Kihlman (nÃƒÂ©e MetsÃƒÂ¤rinne), who despite -- or perhaps because of -- her Finnish origins embodies the network and the sense of security of Swedish Finland.

5. Language. Through language, one can show consideration and respect. To speak the language of ones counterpart creates a sense of community and a deeper contact. In this category, I nominate Aivar Joonas, an Estonian and an aesthetic, a musician and the creator of a lot of the order and beauty in Furuvik. Aivar has provided me with inspiration when it comes to both Estonian, Finnish, Swedish, Russian and German.

6. Sports. I am a born couch potato, but I have been able to defy my own nature. I have run five marathons, the last one of which in less than four hours. Alexander and I have climbed the Mt Blanc. I have discovered the joy of motion. I share this joy with many, and I choose to nominate Dave Douglas, SVP at Sun, with whom I ran six times in six different places last year -- including "MÃƒÂ¶viken runt", starting from Furuvik.

7. Photography. To me, photography is a way to document family, order, friendship and other forms of happiness. Beauty and aesthetics. Creativity. In this category, I nominate my wife Kirsten, who is my favourite motive in front of my lenses.

8. The written word. To structure thoughts, dress them in words and share them with others, that is a source of joy. If I didn't feel that way, you would hardly read these words. In this category I nominate my highly verbal friend and boss MÃƒÂ¥rten Mickos, who like Alexander and Ralf would have made it into nearly every category.

9. Order. I like order and structure, beauty and simplicity, and aesthetics. They give me peace of mind and happiness, and show different aspects of the same underlying fundament. In this category I nominate Aaro SÃƒÂ¶derlund, the architect behind the renovation of Furuvik, a classically educated person.

10. The net. Internet (Xing, blogging, Facebook, LinkedIn) strengthens the forec in the other sources of happiness. The written word is read by many. Pictures are looked at. Happy moments can be shared with friends and family. The network connects. In this category, I nominate Bob Brewin, a Distinguished Engineer from Sun, who last june visited Furuvik with four other nominated people (Alexander, Ralf, Giuseppe and Dave) and two people from my seven-insignificant-facts list (Monty, Patrik), and who understands how to keep in contact via the net.

Summary: Are you happy? If so, please share your happiness, whether nominated or not, according to the above rules. Sharing happiness is contagious!
Posted by Kaj Arnö at 06:16