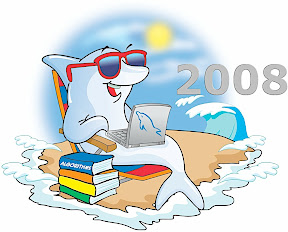 Directly mentored by phpMyAdmin originator Marc Delisle, GSoC student Raj Kissu Rajandran completed the BLOB streaming support in phpMyAdmin. This is how he describes his project goals (which are now achieved):

It is often common to come across a website, especially a blog, that is built on a pairing of MySQL and PHP. Seeing as how most of those who run such websites on the Internet do not have access to a Shell account or have experience in managing applications from the command-line, applications like phpMyAdmin were built to allow the administration of MySQL databases through the convenience of a
web-base interface. Not to long ago, third-party support for streaming BLOB data was added to MySQL. This feature greatly simplifies the management of streaming content (audio, video) in and out of the database. Being both an avid programmer and frequent user of MySQL, I have decided to take upon the task of adding support for managing this feature in phpMyAdmin. The purpose of this document is to describe this feature and it's implementation and propose that Google fund its
implementation in phpMyAdmin through the Summer of Code 2008 program.

Raj's code is now integrated into phpMyAdmin, and he has gained phpMyAdmin committer status. More info:

Mentored by Michal Ã„Å’ihaÃ…â„¢, GSoC student Piotr Przybylski set out to rewrite the phpMyAdmin setup script. Piotr set out (and achieved) these goals:

Current phpMyAdmin setup script does its job but it isn't easy to use by inexperienced users. Rewriting it would give them a simple setup wizard which would lead them though the entire configuration, showing only the most important options. On top of that, it would offer an automatic creation of control user and required databases, as well as automated update of existing tables in case these already exist. Advanced users would be able to switch to full configuration wizard and would also benefit from automated control user creation and database setup.

Piotr's code is integrated into mainline (but he still has some cleanup of the security checks to do). More info:

I will develop a RSS and Atom feeds system for MySQL Forge (http://forge.mysql.com), so that MySQL Forge users can easily track new items on Forge by just using their RSS/Atom reader. The feeds will be cached to save unnecessary server load.

Mentored by Adam Porter, GSoC student Charles Song implemented a Test Scheduler for the MySQL Build Farm Initiative. This is part of the Skoll project at the University of Maryland, "A Process and Infrastructure for Distributed Continuous Quality Assurance". His now-achieved goal:

Other MySQL related GSoC2008 projects are listed on http://code.google.com/p/google-summer-of-code-2008-mysql/downloads/list where this is the list of all eleven projects: