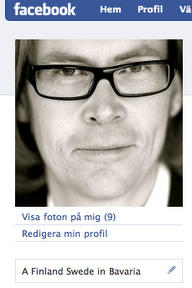 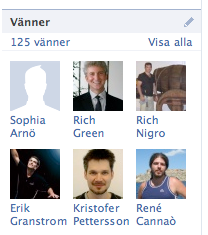 Three weeks ago, I started my sporadic series of blog posts where I share my experiences improving my online manners through social networking websites, many of which are powered by MySQL. My first target was the traveller site Dopplr, and the second one was Google's picture sharing site Picasa Web.

This time, I'm taking a look at Facebook. As I said in the first (Dopplr related) blog post, I feel like a slow follower in the discipline of social networking on the web. And Facebook was a true case in point, where Ã¢â‚¬Å“everybody elseÃ¢â‚¬Â was there before me (my team, my boss, my aunt, my nephew, my goddaughter, countless colleagues; you get the picture). 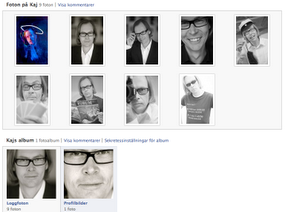 Actually, there's an advantage to being a follower: It's easy to grow your network quickly. A mere 24 h ago I wasn't even registered on Facebook, and now, I have over a hundred confirmed friends. And the fact that we're talking about confirmed friends I take as a testimony to the power of Facebook: People actually use Facebook, actively. My Dopplr account hasn't filled up in nearly a month to even half the amount of Facebook contacts in less than a day. Sure, Dopplr isn't for my aunt, nephew or goddaughter, but still -- the activity level correlates with the usefulness.

The two most distinct advantages of Facebook is its worldwide coverage and its technical connectivity. The worldwide coverage is quite a bit weaker in large, well-developed non-English-speaking countries (such as Germany). There is near-zero motivation for my children (13 and 14 years old) to join, as "everyone that matters" to them is on Lokalisten.de, the older siblings of "everyone that matters" are on StudiVZ and their parents on Xing.com. Some similar situation prevails in Japan or China, but not so in Finland. There, all age groups go on Facebook. And this provides lots of value: Sharing pictures with my aunt is done with the same medium as I can ask my goddaughter's bigger sister for a favour, i.e. using her newly-acquired driver's license to pick up my son from Helsinki airport for a pre-Christmas party next weekend. Sure, I could have called her mobile phone, but Facebook was much less intrusive. She's there anyway!

The technical connectivity provides "networking effects between the networks", if you will. I have connected Facebook to my Doppler and Twitter accounts, and to my Google Reader. So status changes in Twitter propagate to Facebook. And new blog entries on Google Reader propagate to my notes / feed on Facebook. And given that, in turn, I have connected Twitter to my SMS and Google Reader to my blogs, it means that my Facebook news page gets automatically updated through my SMS tweets and blog entries. Without any further effort my side. (Sure, it was non-trivial to set up blog aggregation on Google Reader, but I had already gone through that for my home page http://kaj.arno.fi).

For those who neither tweet nor blog, automatic updates of a Facebook page may not sound like nirvana. Yet, that's very close to what it is, within the realm of social networking on the web. What's the purpose of tweeting or blogging or writing stuff for the web, if nobody reads what you write? Or rather, to be more reader centric, which web updates would you rather follow -- those that you get easily notified about in an app where you are anyway, or those for which you have to make a conscious effort to read, by starting a new app or web page? The effort should be on the side of the writer, and with Facebook, the effort is kept to a very manageable level of setup work, after which the updates propagate.

In order for the sentence "it's less than 24 h before I registered on Facebook" to be fully honest, let me now proceed to my summary:

All in all, Facebook is a scalable way of maintaining a social life, to keep in contact with people with a maximum of social interaction and a minimum of technical overhead. With less than a day's experience, I expect to use Facebook several times a week, and improve my offline real social life through online activities.