South Africa, a country on track for both growth and happiness 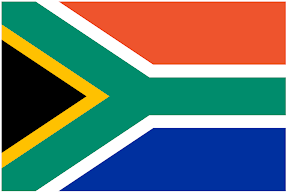 Not everything is going the wrong way on our planet. There are things that are changing for the better! And one of them is South Africa. Just back from a three-day MySQL related trip to Johannesburg and Pretoria, I saw a lot of well-founded hope around me. The hope is related to less crime, less racial tension, and more economic growth. I share the positive vibes and think theyÃ¢â‚¬â„¢re founded in reality.

I was in South Africa for the yearly Sun partner event in Ã¢â‚¬Å“Sub-Saharan AfricaÃ¢â‚¬Â or SSA for short. SSA is one of the fastest-growing regions within what is known as Ã¢â‚¬Å“Emerging MarketsÃ¢â‚¬Â, which in itself grows faster than Europe, North America or Asia Pacific. And partners are extremely important, as Sun uses solely indirect sales in the region.

I was so impressed by what I saw that I wrote nine blog entries. As I didn't want to spam PlanetMySQL nor blogs.mysql.com/kaj with nine separate blog entries, some of which were hardly related to MySQL, I wrote them on my newly-started private blog blogs.arno.fi/isit/. The name "/isit/" comes from an observation on how English is spoken in South Africa, but I made it up as an acronym for "ItÃ¢â‚¬â„¢s some interesting topic!". On that site, I'll be blogging on anything that interests me, in the humble hope that it also interests someone else.

My first nine blogs are all about South Africa:

Here are a few excerpts from some of them (but if you're interested, do go to blogs.arno.fi/isit/):

Why I think South Africa is on track 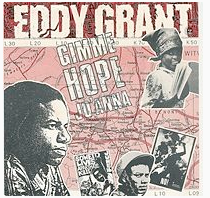 1. Races happily mix! And respect each other!
2. Sub-Saharan Africa experiences explosive growth!
3. People have learned to live with crime
4. Foreigners get a needlessly negative picture of South Africa
5. White ÃƒÂ©migrÃƒÂ© South Africans are being encouraged to move back, by all South Africans
6. Even white South Africans are well seen in the rest of Africa
7. Afrikaans is alive and well
8. Re-naming of places and streets is limited

Encouraged by the openness of everyone I talked to (Ã¢â‚¬Âoh yes, please go ahead, IÃ¢â‚¬â„¢d love to read your non-MySQL related blog on South Africa!Ã¢â‚¬Å“), I wrote a short summary of what I see as the top reasons

The Top Ten Reasons Why South Africa isn't the next Zimbabwe 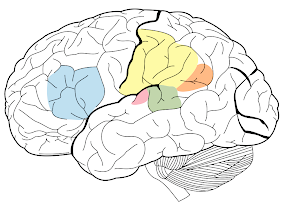 1. There was a long tradition of democracy prior to the end of apartheid. [..]
2. The racial situation is not black and white. [..]
3. An allegedly Ã¢â‚¬Å“phenomenalÃ¢â‚¬Â constitution. [..]
4. Nobody even attempting at changing the constitution. [..]
5. Politics becoming less aligned with race and tribes. [..]
6. Silly politicians being fired. AIDS is now, even according to the new South African minister of health, caused by HIV and not cured by garlic but prevented by proactively using condoms.
7. Security improving. On a customer visit today, we walked through central Johannesburg. That was in an area where my local host wouldnÃ¢â‚¬â„¢t have walked 3-4 years ago.
8. The 2010 FIFA World Cup. The eyes of the world will be on South Africa from 11 June to 11 July 2010, and not just those of football enthusiasts. There was a huge positive impact in Germany 2006, both on the national identity and on the external perception of it. I think weÃ¢â‚¬â„¢ll see something similar in 2010.
9. The large economic footprint of South Africa. It's huge. MySQL downloads in South Africa outnumber those of downloads elsewhere in Sub-Saharan Africa by a factor of three.
10. Innovative public policy, at least in Open Source. Read Aslam Raffee's blog. Open Source is being mandated by the government. That means South Africa is at the forefront in innovating public policy.

Personally, I could sense a mere fraction of the racial tension of my previous visit in 1993. On the dance floor at the Sun partner venue of Kievits Kroon, everyone mixed with everyone. I could see mutual respect.

Hey, why not invest in Africa? ItÃ¢â‚¬â„¢ll be the next boom market (and likely, one of the only ones in the current climate).

Four practical ways to learn a language: On the road, from a girlfriend, for the police, getting lost 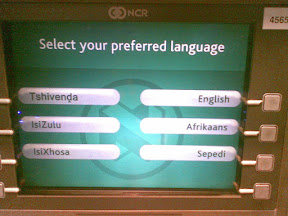 1. On the road. Meaning: On the street, in the township. For example in Soweto, people speak so many different languages that you pick it up from friends, when you grow up. ThatÃ¢â‚¬â„¢s how George learned most of the languages.

2. From a girlfriend. Some of the South African languages are difficult to learn for a Sotho speaker. Then, George asserts, you need more motivation, and more intense exposure to the language: You need a girlfriend. George mentioned having used the girlfriend method for learning at least Venda, Tsonga and Nguni.

3. For the police. While having to do with the police might not directly teach you so much, it indirectly motivates you. George means that Venda speakers are hugely overrepresented in the South African police, and theyÃ¢â‚¬â„¢re likely to just reply Ã¢â‚¬Å“ItÃ¢â‚¬â„¢s the law! The fine is 500 Rand. Everyone has to follow the law.Ã¢â‚¬Â if you complain in Sotho. But if you swap to Venda and say Ã¢â‚¬Å“My brother! ItÃ¢â‚¬â„¢s not my own car. IÃ¢â‚¬â„¢m so sorry. I was in a hurry. Anyone can do a mistake, my brother!Ã¢â‚¬Å“, the policeman will be more understanding.

4. Getting lost. Not finding your way out, and having to rely on your environment, is a high motivator just like the previous item.

I hope you'll enjoy these blog entries, as well as upcoming ones on blogs.arno.fi/isit/! And, if you're a South African of any race, I hope you don't see my commentary as offensive. It isn't meant to be. I very much enjoyed your country, and respect what you've accomplished!
Posted by Kaj Arnö at 19:06